Our 5 Favorite Things to Do at Jekyll Island, Georgia 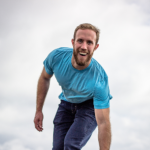 Jekyll Island is a barrier island located in Southern Georgia and a part of the Golden Isles. The island sits twenty minutes from Interstate 95, one hour from Jacksonville, Florida, and ninety minutes from Savannah, Georgia. Jekyll Island was previously a winter destination for some of America’s most successful families such as the Pulitzer’s and Rockefeller’s. Now, the island’s charm and southern hospitality make Jekyll Island a wonderful destination for any family anytime.

There are no really low budget options on the island. If you have a car and are interested in some low-budget hotel options, I would look outside of the island. Check out the surrounding areas of Brunswick and St. Simons Island. Also, if you are on St. Simons Island, you have to get BBQ from Southern Soul. Definitely some of the best BBQ I’ve ever had!

If you are looking for mid-priced accommodations on the island, check out Days Inn and Suites. I know Days Inn would typically fall into the low budget category. However, this one is an exception. It’s a nice beachside hotel with a pool, free breakfast, and nautical-themed rooms.

If you are looking for luxury (which you probably are if you are visiting Jekyll Island), look no further than the Jekyll Island Club Resort . I won’t go into it here because you’ll read all about it below, but it is a beautiful luxurious stay!

Jekyll Island has a plethora of AirBnB options including a houseboat for the true waterfront experience; a superhost experience in a beautiful remodeled home; or lastly, if you have a big family, check out Parrot’s Landing which is capable of housing fourteen guests!

The weather at Jekyll Island is pretty nice year round. The summers are hot and humid, but the ocean breeze does help cool it down some. The hottest month is July where the average high is 90°F. The coldest month is January dipping down to around 42°F. Though snow is rare, we did see some freezing rain in January at Jekyll Island. Overall, Jekyll Island is a great destination no matter the season.

The shoulder seasons are the best time to visit Jekyll Island. Either March-May or September-November. The latter if you want cheaper hotel prices. The busiest season at Jekyll Island is obviously summertime. Either way, whenever you visit, there are tons of things to do at Jekyll Island, Georgia!

Jekyll Island does have an airport.  However it’s small, and due to its proximity to the Brunswick Golden Isles Airport (which isn’t much bigger), there are no commercial flights directly to the island.  You could take a boat to the island, but most, if not all of the island’s visitors, come by car.

If you are heading to the island from neighboring Brunswick, you will drive over Georgia’s tallest cable-stayed suspension bridge, the Sidney Lanier Bridge. Before you drive over it, be sure to pull over at Sidney Lanier Park.

The park offers a picnic area, playground, and fishing dock. My favorite thing to do at the park is to sit at the dock and watch huge commercial vessels make their way under the bridge to and from the port of Brunswick. It’s also a great spot to watch the sunset!

If you’re coming from Interstate 95 or any other direction, you won’t go over the bridge, but you will certainly see it. Your attention will soon shift to the palm tree-lined Jekyll Island Causeway. At this point, you’re close to the island, and it’s starting to feel like vacation. Once you drive past the two Spanish style entrance towers, you are a few short beautiful miles of wetlands away from the island.

Roll the window down, soak it all in, and unfortunately, take out your wallet. Jekyll Island, which is owned by the State of Georgia, requires an entrance fee. The daily fee, per vehicle, is $8.00. A weekly pass is $38.00, and an annual pass is $55.00. Now, I don’t like paying to visit somewhere anymore than you do, but it should be noted that the fee helps to pay for roads, parks, conservation and facilities on the island.

That’s it. You’re here, so now what do you do? Here are my five favorite things to do at Jekyll Island, Georgia!

DOn’t know what to pack? Check out our Recommended Travel Gear!

5 Favorite Things to Do at Jekyll Island, Georgia

The Jekyll Island Historic District is one of the largest restoration projects in the Southeastern United States and is something that shouldn’t be missed. You could easily spend hours wandering around the 240 acre site.

You can explore the area a few different ways by walking, driving, and biking to the old-time feel of a horse drawn carriage, tram or trolley. Either way, you’re definitely not going to want to miss wandering the area underneath beautiful live oak trees and spanish moss. If you are short on time, I recommend at least the following places in the district:

Although this is technically in the Historic District, the Georgia Sea Turtle Center deserves its own section. It is Georgia’s only sea turtle rehabilitation center. This was one of the first things I ever did on the island. Sea turtles are one of my favorite animals, so I had to check out the center to see them closer. At the Center, you can learn about turtles, conservation and rehabilitation.

Throughout your time at the center, you will see some of the facilities’ cutest patients, meet some of the veterinarians and caretakers and learn about their injuries and subsequent rehabilitation. There is a ticket required for admission ($9 for adults and $7 for children). It is very kid-friendly, as they have interactive exhibits and numerous hands-on opportunities.

Driftwood Beach is unlike any place that I have ever seen. It is my favorite location on the island and a photographer’s paradise. You can park in a small pull off just off Beach View Drive and walk the trail down to the beach. One of my favorite trees stands just off of the trail. (You’ll know it when you see it!) Chances are there will be numerous photographers around it. If you are an early riser, a sunrise at Driftwood Beach is something you will never forget.

Also, if you like astrophotography, the beach is a prime location. There is definitely something very eerie but also calming about the beach at night. I was fortunate enough to go to the beach during the Perseid Meteor Shower, and it was an incredible experience.

After spending time exploring the driftwood trees (some are standing, and others have fallen), head over to Driftwood Bistro.  Driftwood Bistro is a few minutes away and one of my favorite places to eat on the island. I recommend anything with shrimp since it is all locally caught (and delicious). If seafood isn’t your thing, the meatloaf is also a favorite.

You can’t miss the Horton House, just off of Riverview Drive, in the northwestern part of the island. The house is one of the oldest structures in Georgia and was built in 1743 by William Horton. If the house isn’t impressive enough, make it known that Horton also brewed his own beer in Georgia’s first brewery. Like most of Jekyll Island, this is an incredibly photogenic spot and well worth the quick stop.

If you have a little more time at the location, just across the street is an old cemetery with some very old gravestones, some of them dating back to the 1800’s.

The Golden Isles are known for some of the best fishing on the East Coast! If you get the chance, you should definitely wet your line, and try your luck! If you need some bait, or expert tips from some locals (which you might), head over to the Jekyll Island Fishing Center located on the pier. Flounder, snapper, tarpon and redfish thrive around Jekyll Island and make for some good eating should you snag one. If you don’t want to fish from the pier, another good spot is on the southern part of the island at St. Andrew’s Beach. I’ve seen some people snag some sharks there! Of course, fish responsibly and follow the State of Georgia’s fishing regulations.

All in all, it was pretty difficult limiting this post to my five favorite things to do at Jekyll Island. There are plenty of things to do, and there are some honorable mentions that are worth visiting if you have extra time: take a stroll around Horton Pond, play volleyball at Great Dunes Park, bike around the island, wander the many nature trails, or play a round of golf at the Jekyll Island Golf Club.

If you enjoyed this or are interested in visiting Jekyll Island, Georgia, you need to check out our post on the 15 Things You Need to do When Visiting Georgia’s Golden Isles. If you want somewhere similar but can’t make it to Georgia check out our post on Fairhope and Magnolia Springs, Alabama. Both Fairhope and Magnolia Springs, have the same southern charm as Jekyll Island!

Learn financial principles that some of Jekyll Island’s richest families practiced with The Richest Man in Babylon by George S. Clason.

I love surfing, scuba diving, and soaking in a good sunset at the beach. There is a good chance you will find me by water. Favorite Destination: Great Ocean Road, Australia. The Best Road Trip in the World: Two Days on the Great Ocean Road