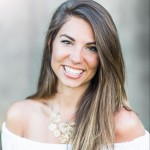 Charleston, South Carolina is one of my favorite places in the United States, and I’m excited to share some ideas with you!!! 🙂 Give me pimiento cheese everything, fun bike rides on the side streets, and all of the southern charm Charleston’s architecture has to offer!! I think Alex and I covered it during our short 4 day trip (minus the famous carriage ride and a couple of other fabulous restaurants)! 🙂 As soon as our wedding was done, we couldn’t wait for some peaceful time away together. And what a better place than Charleston’s southern charm! If want to spend a quick weekend in the south, I hope you find this 4 Days in Charleston, South Carolina itinerary helpful!!

We drove 5-hours from VA and got into our Airbnb at The Historic Ashley Inn; a quaint, charming old house in an excellent location. The Inn was located just minutes from the famous King Street and even offered complimentary bikes, which we definitely took advantage of! We then wandered around and found ourselves at the infamous (and the BEST), Poogan’s Porch just in time for dinner. We HIGHLY recommend the Pimiento Cheese Fritters, Country Fried Chicken, and the Shrimp and Grits. SO GOOD.

Morning into the Early Afternoon

Day two was our first full day adventure, and it was filled with yummy food and pretty scenery. We rode our bikes to Callie’s Hot Little Biscuit on King Street (we recommend anything and everything on their menu!). The lines are a bit long, but it’s worth it. 🙂 From there, we walked down King Street towards the Historic part of the city and popped into some cute boutiques. Of course, every tourist needs to go through the City Market at least once. It’s building after building lined up with locals and their “Made in Charleston” items like baskets, jewelry, ornaments, and cute souvenirs. We have an ornament from there to always remember our Charleston adventure. 🙂

It was about lunchtime when we stumbled upon a fabulous sandwich shop, Brown Dog Deli. There was a little bit of a wait to be seated, but we actually ran into some high school friends enjoying some subs! At this point, we knew we found the right lunch spot. 🙂 We recommend the BBQ and mac and cheese sub — It was right tasty! Oh, and the sweet tea there is southern approved! 🙂

Afternoon into the Evening

After our lunch, we decided to head back to the Airbnb to relax for a couple of hours and get dressed for the late afternoon/evening festivities. Not sure how I managed to ride a bike in my SigAshop dress, but thanks to shorts, I made it happen like a true southern woman. 😉 HA! We found an awesome pizza place not too far away from us so we took our bikes on a nice stroll around the area and then headed to D’Allesandro’s Pizza. I cannot remember which pizza choice we devoured, but I don’t think you can go wrong with any of their pizza choices!!! HIGHLY suggest this place if you’re craving for something different from the typical southern cuisine (fried chicken).

A full day of carbs called for more adventures. 🙂 We rode our bikes to the Waterfront Park and walked towards the famous pineapple fountain along the shoreline. From there, we made our way around the corner to Charleston’s iconic Rainbow Row which gave us time to admire the architecture as we made our way down the street — One of my favorite parts of Charleston!!! The flowers, trees, and buildings are so pretty. **Don’t be afraid to go off the beaten path and explore side streets.** We took photos and had fun wandering around Rainbow Row until it was almost dark outside. And a full day of walking meant ice cream from Jeni’s Ice Cream!! It was THE hot spot! It’s worth the wait!

Morning into the Early Afternoon

We started day three with a big breakfast at Another Broken Egg Cafe— SO much food! I have to admit that we tried to go to another breakfast spot called “Toast!“ but for some reason ended up at the cafe instead. Haha! Maybe this is a great breakfast choice for Day Four!! 🙂

After breakfast, we rode our bikes back to the Airbnb and hopped into our car to head to Magnolia Plantation outside of the city. Roaming around the plantation easily occupied our late morning/early afternoon. It was a bit hot walking around the end of June, but we were grateful for the shaded trees! Although, we failed to bring sunscreen and ended up with Rayban sunglass tans. Especially Alex. HAHA! Despite the sun, the scenery was breathtaking. As we sat on a bench overlooking the pond with the bridges in the distance, I felt as though I was staring at a live Claude Monet painting. Until a baby alligator popped up! Haha! Talk about a surprise. 😉 But don’t worry, they have some friendly animals in a little petting zoo close to the entrance, like deer! 🙂

Afternoon into the Evening

It was quite the morning/afternoon, and we were ready for some COFFEE. We were hoping to make our way to Bitty and Beaus Coffee (I LOVE their mission!!!) but stumbled into Ice Bing Coffee while we were riding our bikes around the neighborhood. It was healthy, unique, and so good!!

We hopped on our bikes and strolled around town and went to Jestine’s Kitchen for some southern comfort goodness. This restaurant came highly suggested by Andrew because it’s known for the coke cake, which is a southern tradition. Somehow, the waitress thought she recognized Alex (or thought he was a movie star? HA!), but she gave us a free coke cake! 🙂 Score!! Another dinner spot we considered (if it wasn’t for the infamous coke cake), was the well-known, Husk! Something to keep on your radar. 🙂 After dinner, we rode our bikes around the city because seeing the city at night is just as pretty as during the day!

Since we had an 8-hour car ride down to Florida this final day off, our adventures in Charleston had to come to an end. Thanks to our oversized plates of food from the morning prior, we enjoyed some breakfast in bed! We said, “See you later, Charleston” … for now! I cannot wait to return. 🙂

I recommend this book for your trip to Charleston because … Well, the Notebook movie was mostly filmed in Charleston, South Carolina!!! 🙂

DAY TWO:
Breakfast at Callie’s Hot Little Biscuit (on King Street)
Explore the Historic District and the City Market
Grab lunch at Brown Dog Deli
Relax for a couple of hours at The Historic Ashley Inn
Ride bikes around and grab dinner at D’Allesandro’s Pizza (or Husk!)
Explore Waterfront Park and Rainbow Row area
Treat yourself to Jeni’s Ice Cream!

DAY THREE:
Breakfast at Another Broken Egg Cafe or Toast!
Explore Magnolia Plantation
Coffee at either Bitty and Beaus Coffee or Ice Bing Coffee
Ride bikes around town
Dinner at Husk or Jestine’s Kitchen (known for the coke cake)
Wander around town at night (it’s also pretty then too!)

DAY FOUR:
One last drive around and say “See you later, Charleston!”
If you have time to grab breakfast at one of the suggestions above! 🙂

I’m a wedding and lifestyle photographer based in Florida and Virginia. Whether I’m in the mountains or at the beach, my soul feels right at home in the raw beauty of nature. I am genuinely excited to share these adventures with you! Favorite Destination: Railay Beach, Thailand One Amazing Day in Kuranda, Australia (Even if it Rains!)

The 10 Most Beautiful Places in Wyoming You Have To Visit!

4-Days in the Grand Tetons | Babymoon